GBP: Sterling finishing the month on a high!

EUR: Inflation will keep pressure on the ECB

No data out from the UK yesterday, but sterling continues to benefit from risk on flows in the markets as equities rallied following positive earnings reports from the likes of Amazon and Apple, as well as interest rate hike expectations dropping following negative growth figures from the US.

Sterling made new 2-month highs versus the euro, and continues to remain at these levels - versus the US dollar, we are at one-month highs.

In line with interest rate hike expectations falling, the chances of a 0.5% rate hike from the Bank of England next week has dropped from an 80% probability to a 50% probability.

German inflation soared higher again in July, now up to 8.5% from the June reading of 8.2%, keeping pressure on the ECB to keep up with their hike in interest rates. Economic sentiment and consumer confidence continues to drop in the eurozone amidst the backdrop of Russia cutting off gas supplies, as well as rising inflation in the bloc.

However, with European gas prices easing over the last couple of days, we have seen the euro recover to the top of its week range versus the US dollar.

The euro has also received a boost this morning following comments made by ECB member Guindos that the ECB remains focused on inflation, and the value of the currency is something the Bank considered when they hiked interest rates by 0.5% last week. As mentioned before, a weak currency will have inflationary pressures.

Focus today falls on July’s inflation figures, estimated to rise further to 8.7% from 8.6%, and preliminary estimates for second quarter growth, expected to show a monthly decline of 0.2% versus 0.6% growth in the first quarter.

So the US technically has fallen into a recession, with data showing that the economy shrunk for the second consecutive month - the economy shrunk by 0.9% when markets were expecting growth of 0.4%. Although, it's worth noting the official confirmation of the US falling into recession comes from the National Bureau of Economic Research. Given that consumer spending isn’t contracting, and the tight labour markets, the Bureau may well think that it might be too early to call an official recession.

The drop in growth has caused markets to ease interest rate hike expectations, with only 1% worth of rate hikes priced in for the rest of the year. As a result, we saw equities rally on the basis of fewer interest rate hikes expected, and we saw the dollar decline. The dollar index is now 3.4% lower than the peak earlier this month, and has erased almost all gains made.

The Fed's preferred measure of inflation - the core personal consumption expenditure index - will be out this afternoon, expected to rise by 0.5% in June from May's reading of 0.3%. If the figure falls below this, we could well see further weakness in the US dollar.

How things can change in a matter of weeks. Two weeks ago, data from the US showed inflation rising to 9.1%, and markets were quick to price in a 1% rate hike this month. As we know, the Fed hiked rates on Wednesday by 0.75% and changed it's stance to being data dependent.

This, along with yesterday’s data confirming the US contracted for the second consecutive month, has now meant that markets are now only pricing an additional 1% of hikes for the rest of year, half of what the market has been pricing recently! No surprise that we have seen the dollar weaken in recent weeks!

Today's Interbank Rates at 09:34am against sterling movement vs yesterday. 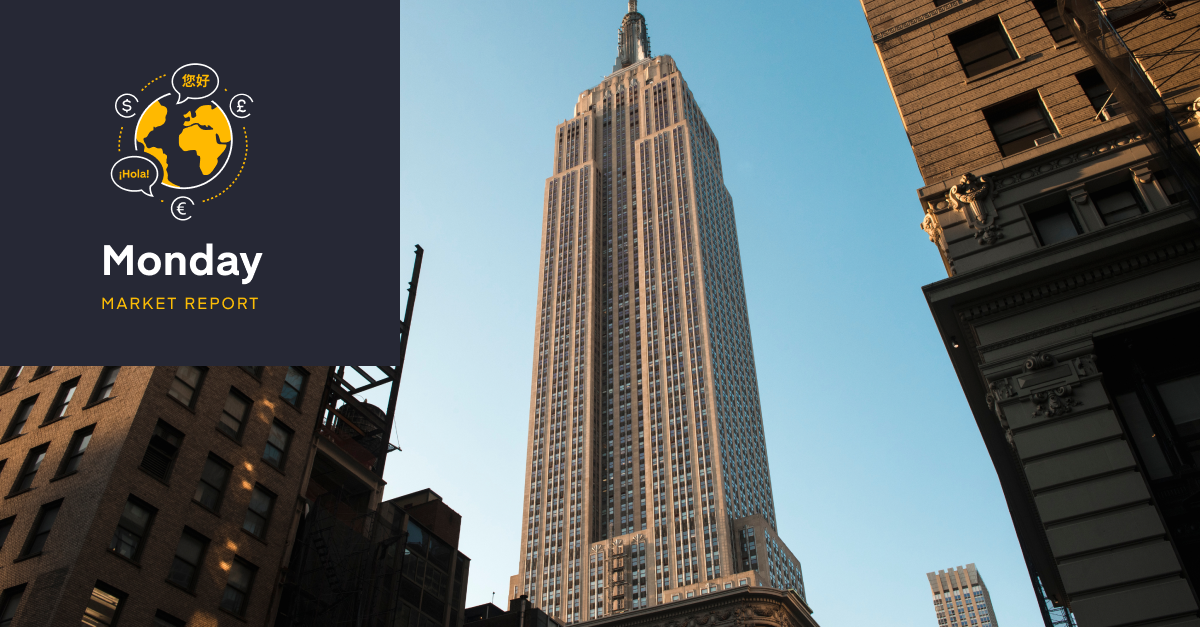 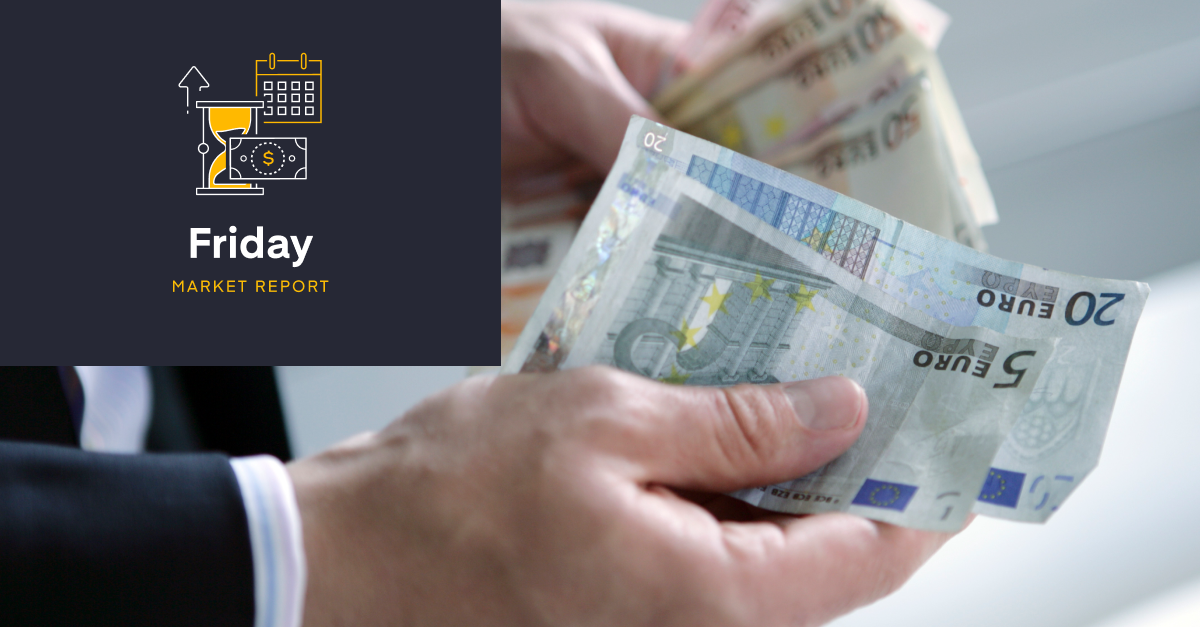 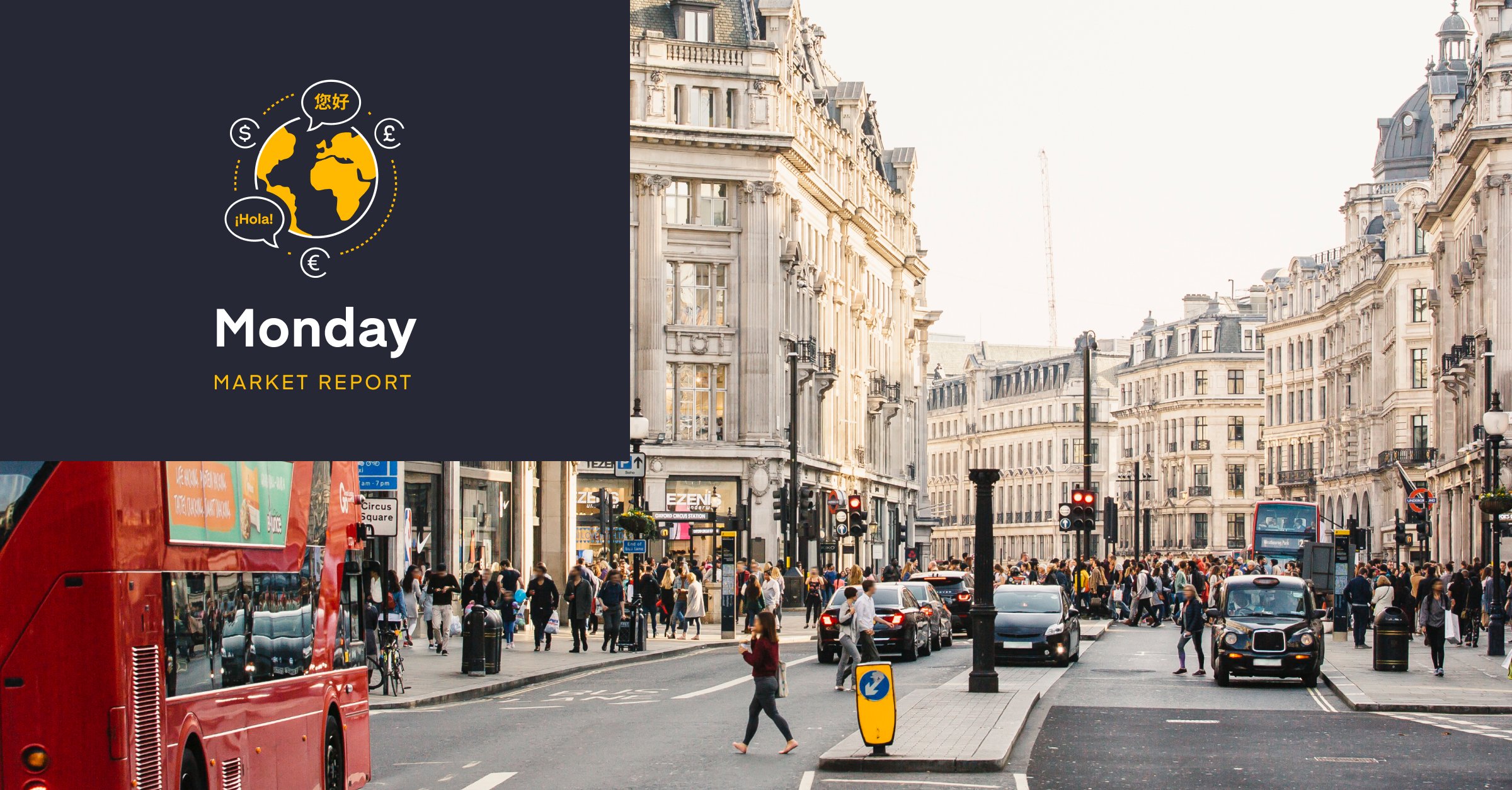